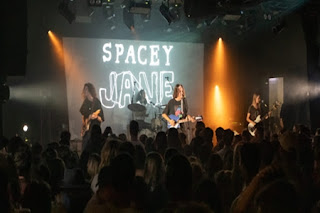 NOTE: Spacey Jane are an Australian indie pop-rock band from Western Australia. The band formed in Fremantle in 2016 with its members hailing from towns such as Geraldton and Tincurrin, Western Australia. Spacey Jane released the EPs No Way to Treat an Animal in 2017 and In the Slight in 2018. Their single "Good for You" featured in the Triple J Hottest 100, 2019. (from Wikipedia)
Exclusive concert & divided into separate tracks by Live Bootlegs Blog.

ONLY FOR SHARE, NOT FOR SALE !
Please support this artist. Buy their records and merchandise.
If band members are still playing shows, go see them live!

Search in this blog

This blog is a great collection of high quality bootlegs, live & rare performances. I decided to put this blog to share all of the bootlegs I've collected over the years. The concerts are mainly high quality Soundboard/FM Broadcast shows, but some are recorded by audience (always with a good quality).

Please do not sell anything posted here. Support the artists by purchasing official releases, merchandise, and attending their shows.

None of the links are hosted on this site. If you are part of a band or represent them and want links taken down just let me know.

If anyone wishes to contribute to this blog, please do by sending me a download/page link, bootleg info ect & I will credit/link you.